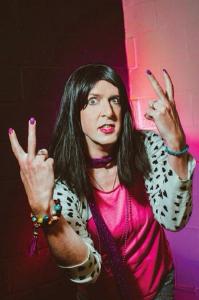 MACE’s most unmissable show yet! Join us at Kosmonaut on 24th September. Book online today and save £3 on entry…

Starring special guest headline act Sarah Franken. Having worked with some of the biggest names in US comedy including Robin Williams, Marc Maron and more… The world’s leading transgender comedian comes to Manchester. Sarah is a one-woman sketch machine. Hard-hitting satire drenched in the absurd. “Franken is still just about the fastest funniest character comic in the business” – Scotsman

Plus CityLife Comedian of the Year Vince Atta. One of Manchester’s most loved comedians. A clever blend of beat-boxing and comedy. Vince makes the room rock. “An unstoppable force, forging a brilliant rapport with the audience.. like an intravenous shot of adrenaline!” -Steve Bennett, Chortle

In the middle we have Yorkshire New Comedian of the Year Tom Taylor. An up-and-coming musical act with bags of talent. “His brand of nervous, neurotic musical comedy – coupling deliberately simplistic tunes on an old Casio keyboard with cleverly constructed lyrics and smart wordplay – is an absolute delight.” – The Skinny 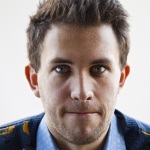 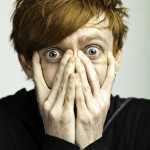 Hosted by resident MC Red Redmond. This will be MACE 7th show and it promises to be an unforgettable evening of comedic mayhem. BOOK NOW!