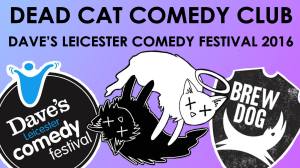 All shows hosted at BrewDog Leicester. Join us 3rd-21st February for a potent mix of craft ales and exceptional stand-up comedy.

« So long and thanks for all the nominations…
First Show of 2016! »
View more posts from this author