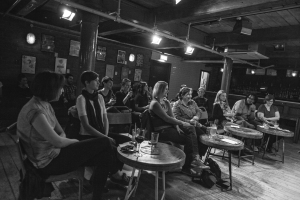 HAPPY NEW YEAR! Dead Cat Comedy has monsterous plans for 2016. We kick off the new year with MACE at Kosmonaut on 18th January. Having recently been nominated for ‘CityLife Best Comedy Club 2015‘ MACE is now regarded as one of Manchester’s finest comedy nights. 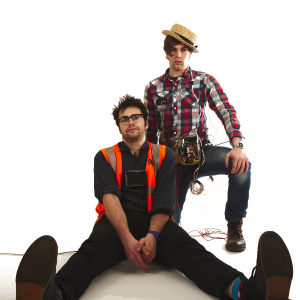 THIS MONTH we, quite possibly, have something for everyone! FOXDOG STUDIOS headlines the show. A totally unique comedy experience guaranteed! Mind-bending mulit-media hilarity from 2 of Manchester’s finest IT consultants. “Ridiculously good fun and mightily impressive… There’s a charming lo-fi nature to Foxdog’s hi-tech wizardry… Cables litter the floor like health and safety never existed…  like a rock ’n’ roll Flight of the Conchords” – TimeOut

PLUS SUPPORT from UK’s best alternative acts. HARRIET DYER “Instinctively funny…seems certain to become a comic force to be reckoned with” Chortle. THICK RICHARD tops off the evening with some razor-sharp spoken word poetry. Truly an unmissable evening of anarchic entertainment.

HOSTED BY your favourite compére RED REDMOND. The brains behind the operation, Red will be working hard to ensure maximum hilarity is achieved. “The most likeable compére on the circuit” – Wow247

Join us on Monday January 18th for an eclectic mix of all things hilarious.