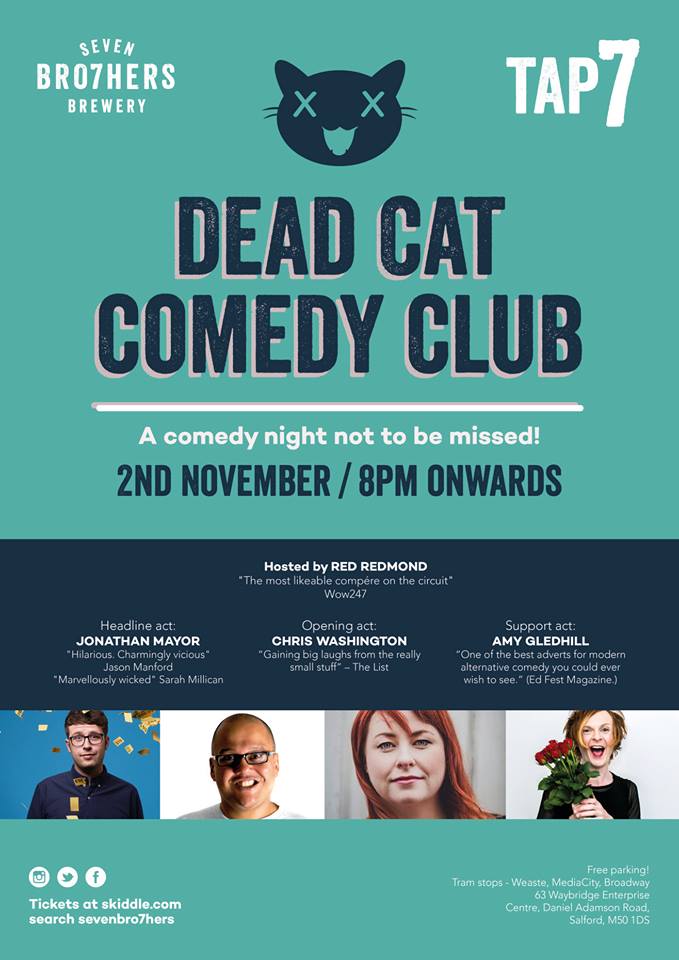 Set against the backdrop of the Seven Bro7hers Brewery, the biggest craft brewery in Salford, offering a range of craft beers brewed on site as well as a gin bar, soft drinks and wines/prosecco.

Support act: AMY GLEDHILL
“One of the best adverts for modern alternative comedy you could ever wish to see.” (Ed Fest Magazine.)