Holly Burn – I am Kirsty K

Never been away from home before -want new experiences, new friends! Call/text if u wanna chat – I get lonely 07948 403980. #iamkirstyk

‘Burn is so adorable that both the men and the women in the audience fall in love with her. A natural with physical comedy… her writing reveals some absolute gems’ **** (Chortle.co.uk).

As seen on ITV’s Bad Bridesmaid and as Victoria Beckham in a corner shop in the viral hit. 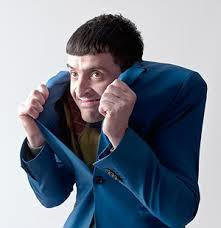 The Herbert returns with a brand new show stuffed full of physical, musical, prop-heavy insanity. A sort of grubby Mr Bean with a hint of Tommy Cooper. This guy is such a dickhead.

Spencer Jones is a student of Philippe Gaulier and Edinburgh Comedy Award winner Doctor Brown. He was nominated for a BAFTA for his debut television show Big Babies, which has been sold around the world and is currently being remade in the US. Among his other screen credits are: Hollyoaks, Pulling, Skins, Count Arthur Strong and Christopher Guest’s Family Tree.