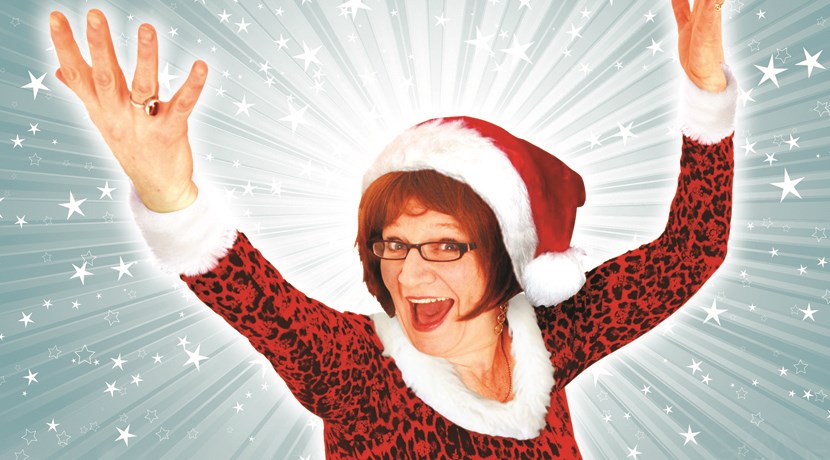 After a near SELL-OUT show at Leadmill last year, your favourite Stockport housewife invites you to a Christmas shindig complete with raffle, tombola and mince pies. Join her in a bumper bundle selection box of seasonal fun with all the trimmings. Book early to avoid disappointment.
This will make the perfect ‘Christmas do’ in the company of lovable Barbara – – Mother of Five who believes in bargains and getting the most out of life – Ergonomically correct, she doesn’t drive and travels the country by National Express coach – her husband knows nothing of her burgeoning comedy career – he thinks she’s either at Bingo or dog sitting.

Barbara starred in That Peter Kay Thing and then went on to star in both series of Phoenix Nights as god fearing Holy Mary. She played Peter Kay’s mum In Coronation Street and also appeared in Max and Paddy – as Holy Mary again. Dave Spikey’s Dead Man Weds as Carole and  BBC2’s skating rink comedy Thin Ice.