Every Summer thousands of comedians descend upon the city of Edinburgh in search of fame and fortune. This Summer The Dancehouse (in association with Dead Cat Comedy) gives audience’s the chance

to experience the magic of the Fringe festival before it’s even begun.

A season of Edinburgh Previews featuring the UK’s best stand-ups is coming to Manchester. Starting

this Saturday (June 13th) with previews from BBC New Comedian of the Year STEVE BUGEJA and Ireland’s top comedy export CHRISTIAN TALBOT. To celebrate, we are offering

for this very special opening show

– be sure to use the code: DEADCAT

More about this Saturday’s acts… 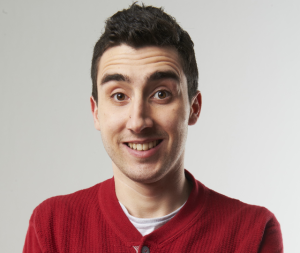 Fresh from supporting Russell Kane on his national tour this is the highly anticipated debut show from Steve Bugeja, the winner

of the BBC Radio New Comedy Award 2013. As heard on Radio 2 and 4, as wells as featuring on the BBC red button. Steve recently went to a friend’s wedding and on the way had to pick up the father of the bride who was leaving prison for the first time in 18 years. This is the story of what happened.

Christian Talbot is shite at being Irish 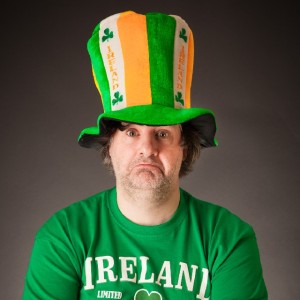 Ireland! Home of the black stuff and the Craic. The whole world wants to be Irish and sure why wouldn’t they? So what happens if you actually are and you’re shite at it? Christian Talbot looks awful in all 40 shades of green and he’s allergic to Guinness and rain. He can’t speak the language and he’s afraid of potatoes. Winner

of the the 2014 Malcolm Hardee “Cunning Stunt Award”.
“An absolutely engaging performer” The ScotsmanFollow Christian on Twitter
Click here to see some of Christian’s ‘stuff’