Tiernan Douieb is coming to Manchester this Saturday! (Tickets Here!) Not only has he supported Frankie Boyle and had his back shaved live on stage by Gillian Anderson (seriously, watch it here!)… he is also one of UK’s premier political comedians. We caught up with him to ask him 5 Questions… 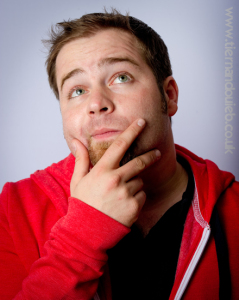 1. Why is political comedy important?

I think politics are important, and if you can make someone laugh about them, they’ll take it in and think about it. I remember seeing famous singer and activist Harry Belafonte talk a few years ago and someone asked him a question about cuts to the Arts Council. He said ‘Art is the gateway to truth’ and said it was the tool that we use to help everyone perceive how the world works. I get hugely confused by tons of policies and economic happenings, but I’ve found that by finding ways to make light of it all and laugh about it, I understand it all a lot better.

2. What topics will you be tackling at The Dancehouse this Saturday?

The current show I’m doing is more broadly political than topically, though there’s some topical stuff in there and it’s pretty impossible to leave out ‘Piggate’ and Corbyn at the mo so there’ll be a bit on those. But mostly it’s about the Overview Effect that astronauts get when they look back at the Earth for the first time in space. It makes them feel a real bond with the planet and they tend to return to Earth as environmentalists and humanists. My show is about how shitty it is that we have to send people to space to feel that way. Then there’s stuff about the Hebdo attack, Syria, racism, the environment, cakes and stairs. I also say the word ‘hippos’ once. 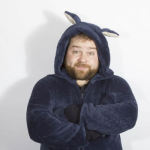 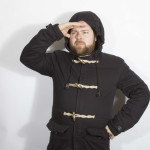 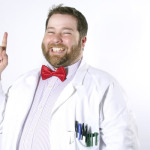 3. Politics is boring. How can it possibly be funny?

At the moment it doesn’t even need comedians to make it funny. It nearly all feels like a well written parody as it is. In the last few weeks we’ve had slurs against the new Labour leader that have focused on his Great Great Grandfather being an arsehole or that he didn’t sing at a memorial, followed by allegations that the PM had ‘relations’ with a dead pig’s head. Then on a, er, I suppose higher level, if you can call it that, there are the ludicrous arguments as to why we should keep funding nuclear weapons, austerity measures, the destruction of the welfare state, immigration etc etc. There’s so much happening and the way that everyone gets to live their life depends on it. If you dig deep enough into all of these areas there’ll be something so ridiculous, or an odd way to look at it that has to make you laugh, or you’d only cry. (Note: No one’s cried in my show yet. But there’s still time). 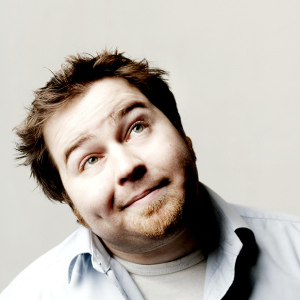 4. Who are your biggest influences?

It changes quite a lot but Mark Thomas, Josie Long, Stewart Lee, Rich Hall, Frankie Boyle, Louis CK, John Oliver, and Doug Stanhope are constantly up there. There are tons more though and I saw several shows at this year’s Edinburgh Fringe that were amazing. There’s so many good comedians and interesting acts out there that regularly make me think I need to work harder and up my game.

5. Thatcher, Blair or David Cameron. Who would make the best stand-up comedian?

Cameron. Thatcher would just divide the crowd, though that’s probably what she would’ve wanted. Blair would tell everyone his jokes were more dangerous than they are, but no one would be able to find evidence of punchlines. Every one of Dave’s policies is a joke so I reckon he’d have everyone in stitches just reading them out. Well, until they realised he isn’t a character act anyway.

Tiernan Douieb will be performing at Comedy Doubles! on The Dancehouse on Saturday 3rd october.