Kiri Pritchard-McLean is one of UK’s fastest rising stars. We caught up with her to give you the lowdown on comedy’s hottest new property. Join us for MACE on Monday 21st March where Kiri will be opening the show. See you then! 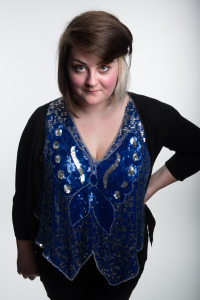 1/ What subjects do you like to tackle in your stand-up?

It depends, sometimes it’ll just be something that occurs to me that’s funny. The stuff I prefer is when I think of a subject I’d like to know more about or that I think needs talking about and I’ll try and come up with material around that. It doesn’t always work but I tend to find that stuff more satisfying if I can get it polished up into a routine. I’d rather be doing stand up about white privilege or gender stereotypes than repeating a funny thing my partner said to me. There’s room for both though.

2/ Who are your biggest influences?

Comedy wise I love the League of Gentlemen, they got me excited about comedy. I’m a huge fan of Billy Connelly and Richard Pryor. I saw their stand up shows when I was quite young and I remember being blown away. Sometimes doing stand up can ruin comedy for you because you can see the smoke and mirrors but I don’t have that with these guys. Same too when I watch Louis CK, I feel like a normal comedy fan watching him, not a jaded comedian who’s trying to guess the punchline. Maria Bamford is also exceptional. 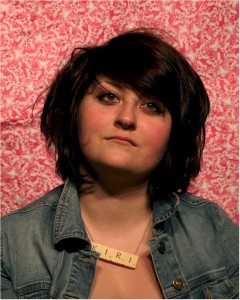 Oh yes, I’m taking my first hour up the fringe which is terrifying. I’m used to going up in a gang with my best friends – Gein’s Family Giftshop- so it feels scary to be doing it on my own. I think Rachel Fairburn and I will be doing our podcast live up there again. It was a blast last time so if we can get a venue we’ll be chatting about serial killers to baffled Canadians again.

4/ You have gigged all over UK. What is your favourite city to perform in?

I love Manchester and not just because I can be home before 11. It’s the perfect balance of a switched on city but not one that takes itself too seriously. I really like Stafford too. Again, the people are the right mix of educated and still up for a laugh, I’ve loved every gig I’ve done in that city (town?).

5/ What other projects are you currently working on? 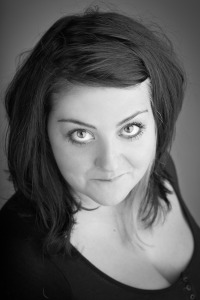 We’re always chipping away at the new Gein’s show as it takes such a long time to get them in shape. We’re doing some more half hour specials on BBC Radio Wales too. I’m also working on the new topical show for ITV2 Elevenish which I’m very excited about. The comedian’s involved are exceptional so it looks like it’ll be loads of fun. There’s lots of other things potentially happening too but in Gein’s we have a saying “nothing’s anything till it’s something”, so fingers crossed a few of these anythings turn into somethings and I’ll have a fun year.

Kiri joins us for MACE on Monday 21st March at Kosmonaut.
Buy your tickets by clicking below…